If it hits: Damage done is based on both weapons damage. Based on this, you may have noticed that offhand accuracy only affects auto attacks and it is ignored from ability usage. This makes offhand less important than it should. Auto attacks treat the weapons as separate so both weapon's accuracy come in play in runescape.

- Ensures that equipping a lower level offhand weapon does not downgrade your accuracy compared to shield or no offhand at all.

What if we mixed the current ability mechanics with the auto attack mechanics?

We calculate both hits separately like auto attacks and add them together into a single hit to display like abilities.

If main hand succeeds the roll but offhand fails the roll, then the ability hits but only does mainhand damage. Debuffing abilities (sever/debilitate) duration is reduced to 66%.

Likewise, if main hand misses but offhand hits, then the ability only does offhand damage.Debuffing abilities duration is reduced to 33%. Having 2 rolls makes it more likely to inflict debuffs, so the duration is reduced on partial success to compensate. 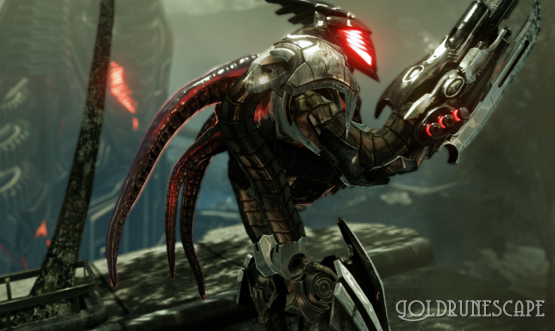 Using different leveled weapons, you would notice a bigger impact on offhand:

-- If using a higher leveled offhand, you would be more likely to offhand only hits instead of missing if main hand failed you.

On average you would do more damage than you do now.

-- If using a lower leveled offhand, you would get more likely to have main hand only hits instead of hitting due to your offhand failing you.

On average you would do less damage than you do now.

If using dual weapons of same level, you would see less missed hits and also less full damage hits due to the possibility of partial hits, a middle term to what happens in the above example.

If the target had low defence, both weapons would always hit and thus work exactly as it does now.

The only noticeable changes would happen on high defence targets where hits would be more consistent and accurate, instead of more random hits. Though the average damage remains the same.